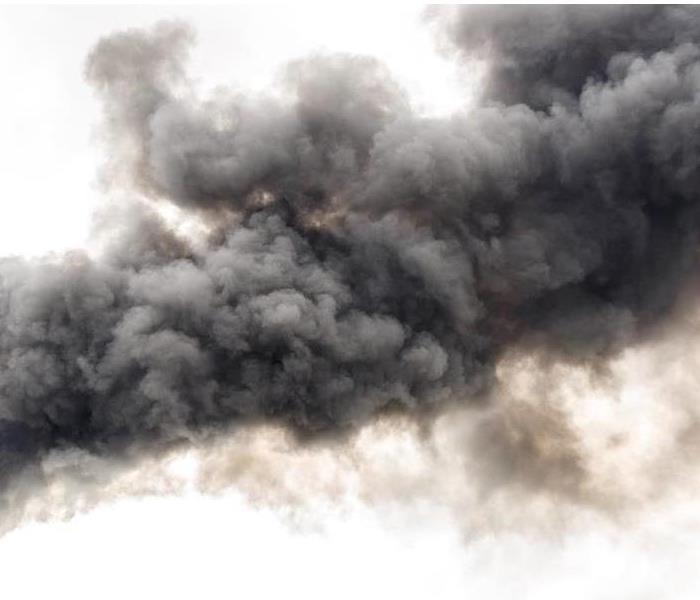 Smoke is more than visible clouds of ash and soot. Invisible particles get absorbed by porous surfaces and make it hard to get rid of smoke smells.

Maybe you live near a recent wildfire. Or had a fire on your property. Either way, you know it's hard to get rid of smoke smell. The pervasive odors may make it hard to move on following a fire disaster. But why?

It's because smoke is more than the visible, black or white clouds of ash and soot. These invisible particles are microscopic, smaller than 2.5 micrometers, known as PM2.5. For reference, a single human hair is 60-80 micrometers, while a red blood cell is 6-8 micrometers. That's tiny!

Smoke particles stick to non-porous surfaces. You can wipe down this residue using natural deodorizers like vinegar and baking soda. But a porous surface, including curtains, fabric, carpet, walls, furniture and upholstery, can absorb these fine particles. Some of these materials can be laundered to help wash away the lingering odors. But others need specialized technology and treatments to remove the smoke particles.

Tiny smoke particles, like those from a wildfire, can also linger in the air for weeks, even after the flames are out. While you may not smell them, you could inhale them. To remove smoke particles like these may require professional air scrubbers, fans, thermal foggers and deodorization agents.

Last, but not least, modern ventilation systems, like a central HVAC unit, can suck up these smoke particles. When the heat or air conditioning kicks on, it blows them out and all over your home. You should routinely have your HVAC system inspected and cleaned, but more so following a fire.

For these reasons, over-the-counter smoke eliminators do little more than mask smoke odors. Without a proper deep cleaning and restoration service, the acrid smoke smell may stick around.

Get Rid of Smoke Smell by Calling SERVPRO of North Hollywood

The scent of smoke odors won't dissipate, no matter how often you open windows, scrub surfaces or vacuum? SERVPRO of North Hollywood is your solution. We're smoke removal specialists with the training and technology to eliminate smoke, soot and ash to make fire damage "Like it never even happened."